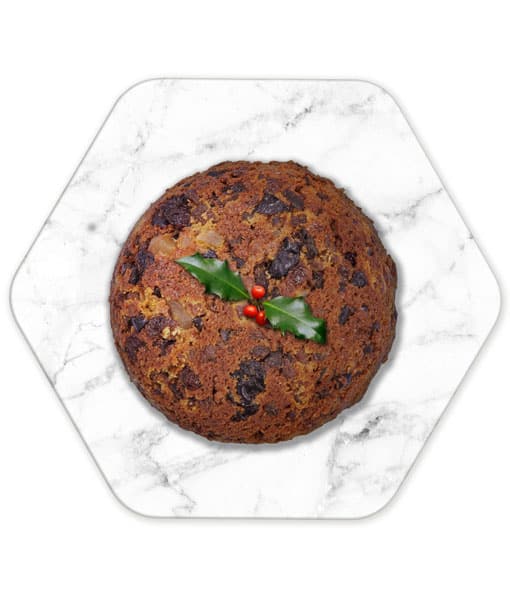 Santa's Favourite Pudding is also our favourite pudding, and there's no wonder as to why. With sticky, brandy soaked fruit, sugar, nuts, and all things nice - it is a Christmas necessity.

The Charlesworth Ingredient kit required to make this recipe are available in-store and online.

1In a large bowl, cream butter and sugar until light and fluffy, beat in eggs one at a time. Cut the Dried Apricots and Pitted Prunes into small pieces then add to the butter mixture. Add the raisins, sultanas, dates and ginger to the mix and stir well. Add the milk, brandy, breadcrumbs, sifted flour and bicarbonate soda. Mix thoroughly.

2Liberally grease a 2L Pudding Bowl (or a 2L Pyrex Bowl). Spoon in mixture and cover the pudding bowl with a double sheet of baking paper & a sheet of foil. Tie securely with string. It is also helpful to tie an extra piece of string across the top of the bowl to make a handle. This will help you remove the bowl from the boiling water. Place bowl on an upturned saucer in a large saucepan with enough boiling water to come halfway up side of bowl, cover and stream for 4 hours. Maintain water level by topping up with boiling water as needed, but don't allow water to reacher the paper level. After cooking, allow to cool and store in the fridge until required.

1To reheat on Christmas Day, steam a further 1.5 hours in a saucepan of boiling water. For a 'nutty' pudding, add 125g Charlesworth Slivered Almonds. Charlesworth Dried Pineapple could be substituted for Charlesworth Glacé Ginger pieces.